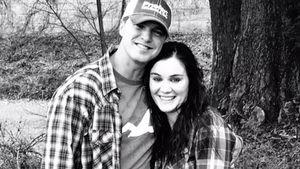 Kelly Moore is a singer-songwriter and began playing country music in 2002. He played in venues across Texas, Oklahoma, Louisiana, Arkansas, and Tennessee. By 2012 he had made a life-changing decision to go into music as a ministry and began leading musical worship in a local cowboy church. During that time, he formed Kelly Moore Music Ministry. By 2016, the band had grown into its current outreach ministry. 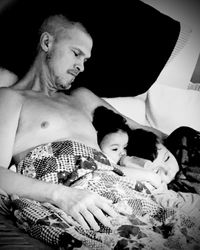 Kelly has been married to Sheree Moore for the past 13 years. Combined they have 5 children and 2 grandchildren. Karter Wayne Jackson who is 8 years old and Kaidence Denise Tippit who is 2 years old. Although Kelly has so many reasons to fight this and live as long as possible, but these two babies are his #1 reason for living, as well as his wife, of course. 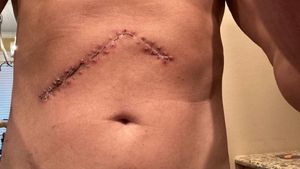 As many of you know Kelly was diagnosed with HCC (Hepatocellular carcinoma) in September of 2021. They found a 6.8 cm tumor on his liver and were able to do surgery and remove the entire tumor. They were hopeful that it wouldn’t come back, unfortunately, that wasn’t the case and in February 2022 he had a scan that showed the cancer had returned. The oncologist ordered 2 more scans which showed he had several tumors along with a tumor in the main portal vein, as well as numerous malignant lesions that have spread outside of his liver.

After meeting with the oncologist, they learned that this is inoperable and incurable. Their only choice is to have immunotherapy to buy him more time. Immunotherapy is a treatment he will get once every 3 weeks that will give his immune system a little boost to see if his body will fight the cancer on its own.

As with any treatment, it could work and buy him more time, or it may not but it’s worth a try at least! The negative with immunotherapy is that it could possibly attack his healthy organs, they’ll just have to try it and see.

Last year was a rough year for them as Kelly had Covid in March, a heart attack in June, (widowmaker 99% blockage) then was diagnosed with this cancer in September. They were hopeful that 2022 would be a better year, but getting this news in February they realized that the journey ahead will be a long and hard one. In spite of the diagnosis and projected outcome they’re clinging to their faith and are finding comfort knowing God will be beside them throughout this entire process.

Kelly has been unable to work since June 9, 2021, and the financial strain on him and his family has been overwhelming. This has been and is going to be a difficult and long journey for Kelly and his family, we pray for his healing & full recovery despite being told this is incurable. 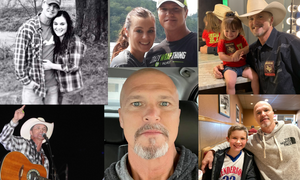 Many of you have asked how you could support Kelly; your prayers are the first request for strength and healing, and they are greatly appreciated. The second is to donate or if you’re unable, you can share this on every platform and as much as possible!! The funds raised here will go towards his immunotherapy treatments and any amount will give Kelly and his wife some peace of mind, so they can focus on beating this cancer although it’s said to be incurable. We know God is bigger than this diagnosis and he is the only one that can heal him

Thank you all so so much for your love and support!! We and his family appreciate it more than you know. If you'd like to donate towards his treatment to help buy him precious time, you may do so through the GoFundMe, or you can hit the donation button at the bottom of his page, whichever you feel more comfortable with doing. If you would rather donant in a different way, message us!

“It’s life… You can do anything that you want to do. Take a left or make it right.” – from Easy Ride by Kelly Moore

Kelly Moore is a Texas born singer and songwriter whose sincere style as a performer has been called genuine and heartfelt. He has a style that is all his own, yet within his vocals and lyrics one can detect influences of country, folk, blues and southern rock.

Kelly first picked up a guitar when he was 15 years old and wrote his first song when he turned 16.

He later formed The Kelly Moore Band and began playing in venues across Texas, Oklahoma, Louisiana, Arkansas and Tennessee.

He recorded his first CD “Round One” in 2004. He is noted for making it to the regional finals of Nashville Star.

He recalls his earliest influence as being his father whom he said, “had the best singing voice I’ve ever heard to this day.”

By 2012, he had made a life-changing decision to go into music as a ministry and began leading musical worship in a local cowboy church. During that time, he formed Kelly Moore Music Ministry. By 2016, the band had grown into its current outreach ministry with band members Eugene Allen (banjo, fiddle, mandolin), Delene Allen (keyboard, synthesizer), Steve Campbell (bass), and Andrew Raley (drums).

The Kelly Moore Music Ministry has played mostly in Texas and New Mexico, and has opened for such acts as country performer, Aaron Watson. The band has played for countless churches, conferences, regional festivals, rodeos, county fairs, private events, and charitable fundraisers benefitting veterans, law enforcement and causes for children.

** And anywhere that Country Christian Music is needed.